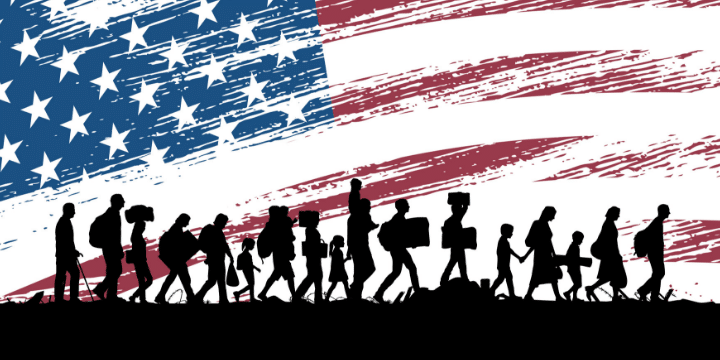 Yale professors looked at previous studies, especially ones by the Obama Administration and government agencies, and saw many majors flaws in how the data was collected. After a thorough look at the numbers, the professors found that a more accurate estimate is at least 16.7 million illegal immigrants and up to 29.5 million.

“Policy debates about the amount of resources to devote to this issue, and the merits of alternative policies, including deportation, amnesty, and border control, depend critically on estimates of the number of undocumented immigrants in the U.S., which sets the scale of the issue,” said the academics, Professors Jonathan S. Feinstein and Edward H. Kaplan and postdoctoral associate Mohammad Fazel-Zarandi, all at the Yale School of Management.

They published their findings in PLOS ONE, an open access scholarly journal, and sparked fierce pushback from the demographers who study the issue and say the professors’ numbers are impossible.

He said there are tens of millions of people who fall into the category of declining to answer the surveys, and he said he and his fellow professors took a different approach.

They decided to look at the number of illegal immigrants they figured arrived over the years, either jumping the border or arriving legally but overstaying their visas. They then looked at those who were deported, went back home on their own, died or otherwise left the unauthorized population.

Running the model one million times, they came up with a conservative estimate of 16.7 million unauthorized migrants, up to 29.5 million. They figured 22.1 million was the mean.

“The results of our analysis are clear: The number of undocumented immigrants in the United States is estimated to be substantially larger than has been appreciated at least in widely accepted previous estimates,” they concluded.

The numbers show not only a serious problem in our border security but also a measurable disadvantage to law abiding taxpayers who expect their hard-earned tax dollars to go to programs and public services to benefit U.S. citizens. The growing number of illegal immigrants causes a strain on the job market and the economy and, as that number rises, it will only get worse. When the state governments and federal government fail to act, law-abiding citizens watch their taxes go to take care of illegal immigrants reaping the benefits, and watch the safety of their families being compromised. Help fight to secure our borders, implement immigration reform and put an end to the increasing number of illegal immigrants crossing our border.