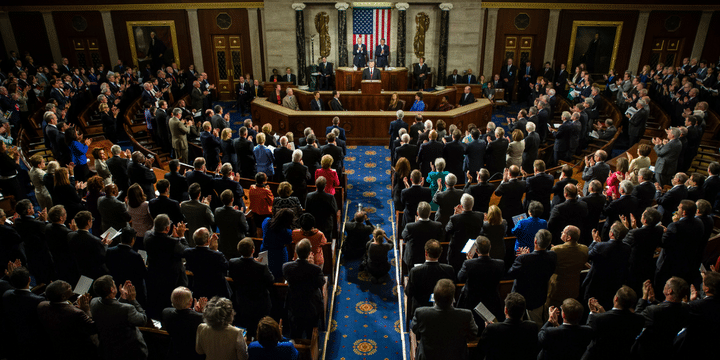 Senate Majority Leader Mitch McConnell has promised a “fair” debate that allows both Republicans and Democrats to offer amendments, requiring 60 votes for approval, to a base bill that would grant permanent legal status and work permits to at least 700,000 young-adult illegal aliens.

A number of proposals have already been offered (you can see a full list below), but none of these proposals, including the White House proposal, would keep Pres. Trump’s promise to immediately end Chain Migration and the Visa Lottery, secure the border, and make it easier to deport criminal aliens.

Once the Senate votes to begin debate on DACA, we expect the following proposals to be offered.

1) The White House Proposal — Sens. Chuck Grassley and John Cornyn have drafted legislation that reflects the White House DACA proposal. It would expand DACA to grant an immediate amnesty to approximately 1.8 million illegal aliens. It calls for a $25 billion trust fund to build the border wall and improve overall border security. It would eliminate the Visa Lottery and halt new applications for Chain Migration, but use those supposedly eliminated visas to bring in the backlog of more than 4 million foreigners, which could take 15-20 years.

Their proposal would grant an immediate amnesty to 3.2 million young-adult illegal aliens and their illegal-alien parents. It includes $1.6 billion for a border wall, but it restricts the funding to only making improvements to existing fencing. It fails to end Chain Migration and repurposes the Visa Lottery green cards, allowing half of them to be issued to foreigners from Lottery countries and the other half for TPS recipients.

3) “Common Sense” Caucus — There are few details from this led by Sen. Susan Collins (R-Maine) that includes moderate Republicans and Democrats.

The Washington Times reported last night that the proposal would grant amnesty to the 1.8 million illegal aliens identified by the White House, authorize $25 billion for a border wall, but only appropriate about 10% of it, and make tweaks to the Visa Lottery and Chain Migration without reducing overall immigration numbers.

4) McCain/Coons — Senators John McCain (R-Ariz.) and Chris Coons (D-Del.) have their own “skinny” proposal that would grant amnesty to 3.2 million illegal aliens and require a government study on the effectiveness of building a wall along the U.S.-Mexico border. While the McCain/Coons proposal is unlikely to get anywhere, several Republican Senators have discussed a smaller deal that would trade a DACA amnesty for border security funding.

4) Flake proposal — Senator Jeff Flake (R-Ariz.) is proposing a fallback plan should the Senate fail to agree on anything. His proposal would pair a 3-year legislative extension of DACA with some border funding. This proposal could gain some serious momentum if none of the proposals listed above receive 60 votes.

None of these proposals would fulfill Pres. Trump’s promise to immediately end Chain Migration and the Visa Lottery, to secure the border, and to make it easier to deport criminal aliens. Please call the Senate TODAY at (202) 224-3121 and tell them to oppose any proposal that doesn’t fulfill the President’s promises.