Round Two of Democratic Debates: What Can We Expect? 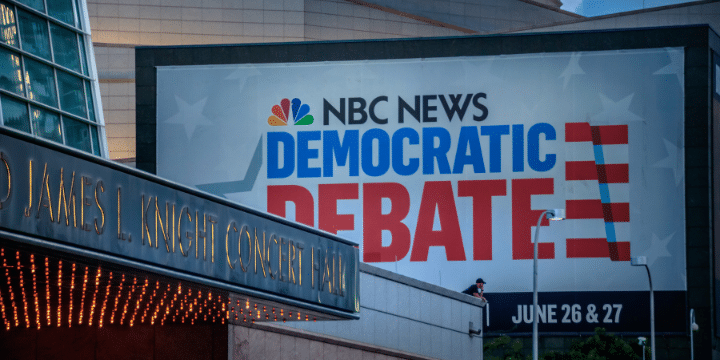 The top twenty (20!) candidates for the Democratic nomination for president will face off once again and we believe we can provide a glimpse into the circus coming to town. So, what can we expect next week? Who’s going to try and sink their claws into whom?

Since the last debate, we lost poor old Rep. Eric Swalwell to the ravages of early campaign season. He was taken from us too young, but at the same time we couldn’t be happier to see him go. Montana Governor Steve Bullock has stepped in his place and is officially fresh meat for the other contenders. Who will take a bite first?

Pete Buttigieg and Beto O’Rourke will likely go at each other as Buttigieg has built the kind of buzz that O’Rourke wants and needs. O’Rourke is not going to let campaign woes get in the way of taking down rising star Buttigieg.

Julián Castro and Marianne Williamson, after making a surprising splash in the first round of debates, will return. Castro will likely talk about immigration and Williamson will likely have to defend herself and her controversial anti-vaccination stance. Grab your popcorn for this part of the show.

Elizabeth Warren and Bernie Sanders, being some of the top-polling candidates, will lock horns and one will try to tear the other apart. Both have come out with their plans promising high-taxed entitlements for all and each candidate will make sure that one candidate with the “best” plan remains standing. Who will it be?

Then there’s Kamala Harris and Joe Biden. After Harris took on Biden in a heated debate about his record on busing, it’s highly likely two will spar again. Harris will likely go in with another attack on Biden’s record and Biden will have to be ready to defend himself.

It’s going to be more of a bloodbath than the first round of debates. This is many candidates’ last chance to make a mark and raise their poll numbers, lest they be cut from debates in the future. Kamala will undoubtedly go after Biden again, and many others will follow suit. However, no one seems willing to diverge from pushing the whole party further left.