Pompeo: The Nuclear Deal was “built on Iran’s lies” 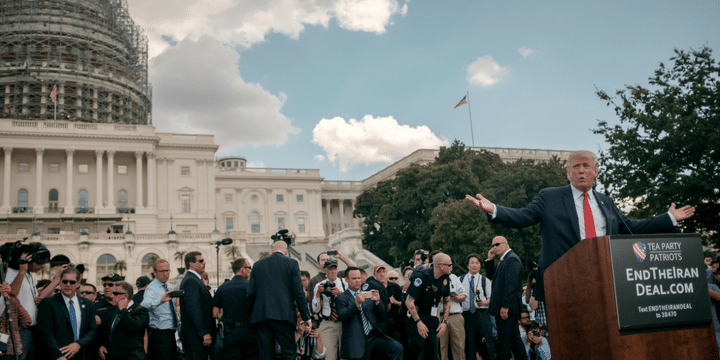 Israel announced that it obtained files from an Iranian storage facility that show Iran was planning to continue its secret nuclear weapons program before even signing the Iran Nuclear Deal with other global leaders back in 2015. This is just another example of how the nuclear deal has done and will do nothing to keep Iran in check. In response to the new information, Secretary of State Mike Pompeo said that this deal is “built on lies” and that Iran never intended to respect the deal.

“For many years, the Iranian regime has insisted to the world that its nuclear program was peaceful,” Pompeo said in a statement Monday. “The documents obtained by Israel from inside of Iran show beyond any doubt that the Iranian regime was not telling the truth.”

“Among the flaws of the Iran nuclear deal was the whitewashing of Iran’s illicit activities related to its military nuclear program,” Pompeo said. “Iran had many opportunities to turn over its files to international inspectors from the IAEA [International Atomic Energy Agency] and admit its nuclear work. Instead, they lied to the IAEA repeatedly. They also lied about their program to the six nations who negotiated the Iran nuclear deal. What this means is the deal was not constructed on a foundation of good faith or transparency. It was built on Iran’s lies.”

He added, “[T]he deal was not constructed on a foundation of good faith or transparency. We are therefore assessing what the discovery of Iran’s secret nuclear files means for the future of the JCPOA.”

President Trump has until May 12 to decide if the U.S. will remain in the agreement or withdraw. This Obama-era deal has shackled the U.S. to an agreement that is not honored by Iran. Iran continues to pursue the development of ballistic missile technology and continues to threaten the destruction of Israel. The Trump administration should withdraw from the nuclear deal and impose sanctions on Iran and any nation that continues to do business with Iran.