Mitchell: A reasonable prosecutor would not bring this case before the Committee 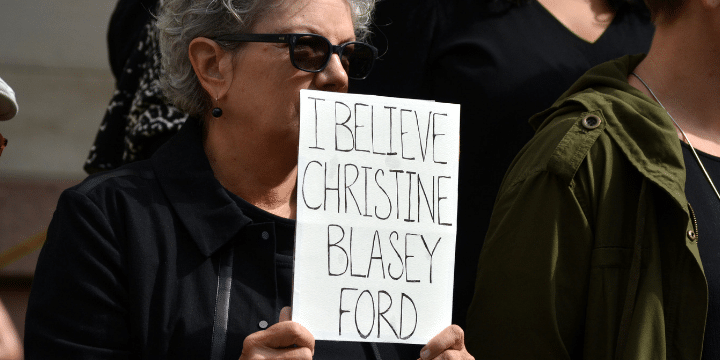 After hearing from both Judge Brett Kavanaugh and Dr. Christine Blasey Ford, Senate Democrats continued to find ways to obstruct the confirmation process. In order to secure the floor votes needed for Kavanaugh’s confirmation to the Supreme Court, GOP leadership once again caved to the demands of Senate Democrats by accepting an FBI probe.

The prosecutor questioning both Ford and Kavanaugh, Rachel Mitchell, released a memo on Sunday explaining her own independent assessment based on her nearly 25 years of experience and review of the limited evidence presented. View Mitchell’s full assessment here.

In a nutshell, according to Mitchell, the case is weak for many reasons from listed witnesses unable to corroborate Ford’s story to the timeline of the release of her allegations.  She added that based on the reasons discussed in her five-page memo, a reasonable prosecutor would not bring this case before the Committee.

Based on the assessment from a prosecutor who has worked on sex-related and other crimes and the evidence presented, the case against Kavanaugh doesn’t add up. Kavanaugh has categorically and unequivocally denied this allegation and has been ready to testify under oath since the day the allegation was made. Now Kavanaugh has to go through yet another background check to prove his innocence and prove he’s fit to be a justice on the U.S. Supreme Court.

If Senate Democrats continue this charade to gridlock the process, then this will be, as Senator Lindsey Graham strongly put it, “the total collapse of the traditional confirmation process” being replaced with “wholesale character assassination.”