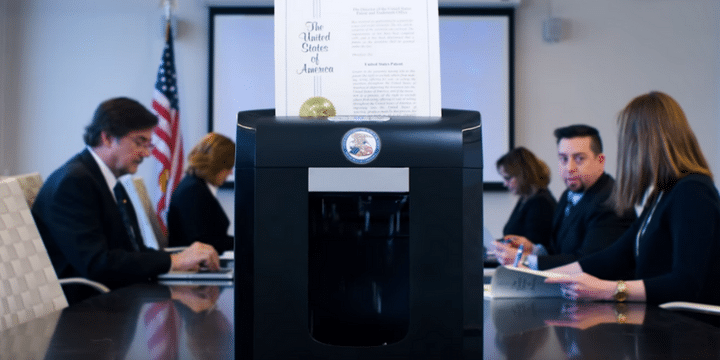 Tea Party Patriots Action recently came out with a documentary – INVALIDATED: The Shredding of the U.S. Patent System – about the failure of our American patent system and the struggles inventors face. Family Research Council advisor Ken Blackwell, one of the experts featured in the documentary, discusses how so-called patent “reform” is actually undermining patent holders and destroying innovation.

The frustration comes in the stories these inventors told of how they believed in the patent system, played by the rules and still had their rights denied.  This undermining of their rights has largely come at the hands of an overreaching administrative tribunal known as the Patent Trial and Appeal Board (PTAB).  An agency created by a previous congressional patent “reform” that was supposed to bring efficiency to patent reviews.  Instead, it’s created a parallel patent review process that is tilted against patents holders and has become known as a “patent death squad” with invalidation rates near 90% in some cases.

PTAB allows anyone—anywhere in the world—to file a petition to invalidate any U.S. patent as long as the challenger is willing to pay a filing fee. The tribunal’s review doesn’t offer patent owners the same legal procedural protections and standards of proof as a court of law, and the tribunal can invalidate any patent challenged at will. This creates an uncertain environment for patent owners. As a number of these inventors in the documentary explained, they had their patents challenged and invalidated at the PTAB even though they successfully defended them in federal court multiple times.

As a result, these great inventors and entrepreneurs who spent years developing an idea, putting their families’ finances at risk have lost their right to own their property – even when multiple federal courts have upheld their constitutional property right.

These issues threaten our nation’s standing as one of the top leaders in innovation. Increasing standards for bringing patent cases to the PTAB would provide some legal safeguards to innovators if their patents come under review. Reining in a tribunal that has abused its powers is a step in the right direction to strengthening patents and reinstating a long, revered American tradition.

Be sure to watch INVALIDATED: The Shredding of the U.S. Patent System, now available to watch on Amazon Prime, iTunes and Xfinity.