Jenny Beth’s Journal: The STRONGER Patents Act is a step toward reclaiming our role as the world’s innovation leader 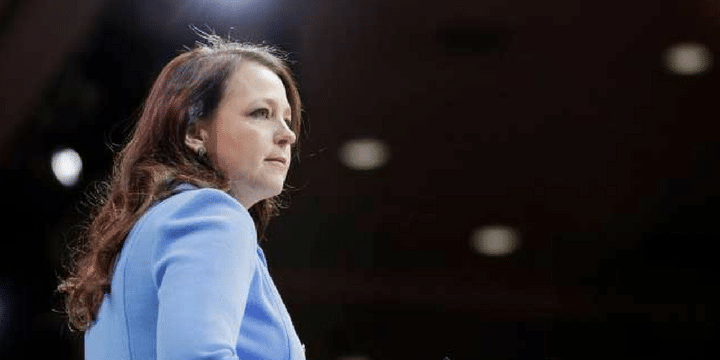 Since our nation’s founding, a strong patent system that has treated intellectual property with the same respect as physical property has incentivized artists and scientists to invent, produce, and create freely. But in recent years, the United States has fallen behind other countries when it comes to innovation, dropping to 12th place in global intellectual property rankings. In her Washington Times column this week, Jenny Beth says the STRONGER Patents Act can help reclaim our role as the world’s innovation leader.

The greatest threat to our nation’s patent system is the “America Invents Act,” which was signed into law in September 2011. The law created the Patent Trial and Appeal Board (PTAB), a new executive branch tribunal at the Patent and Trade Office tasked with reviewing the validity of patents.

An unaccountable expansion of the federal bureaucracy, the PTAB exhibits many of the familiar aspects of Big Government that conservatives dislike – and for good reason. Since its creation, the PTAB has institutionalized a culture that rewards patent infringements. While the authors of the America Invents Act had envisioned that the PTAB would provide a speedier and cheaper alternative to district court proceedings for patent litigation, in practice, the PTAB has operated as a “patent death squad” (as one federal judge called it), invalidating a large percentage of the patents it reviews.

One of the perverse consequences of the PTAB is that it has institutionalized patent infringing. The inter partes review, in which the PTAB re-examines existing patents at the request of would-be patent infringers, is inherently flawed in the lopsided way it favors the patent challengers. The patent-holder is susceptible to repeated patent reviews throughout the life of the patent.

The STRONGER Patents Act, like the Senate version introduced by Sen. Tom Cotton, Arkansas Republican, and Sen. Chris Coons, Delaware Democrat, aims to improve the PTAB proceedings to level the playing field between patent challengers and patent-holders to ensure that would-be patent infringers are not unfairly advantaged in their attempts to invalidate patents. The bill would also place reasonable limits on patent challengers, so they are not able to attack patents repeatedly and from every angle.

The STRONGER Patents Act would also reduce the current incentives for would-be infringers to design products that use someone else’s patented ideas and then escape punishment by outsourcing the assembly process to other parties – often overseas. Furthermore, the STRONGER Patents bill restores the ability of patent holders to obtain injunctions against those who steal their ideas and would allow them to seek damages from companies that induce others to manufacture infringing products.

We must reform our patent system in order to keep our economy on the cutting edge. Passing the STRONGER Patents Act would be a critical step to restoring America’s role as the leader in patent protection and innovation!