Jenny Beth’s Journal: Amnesty goes against the Rule of Law 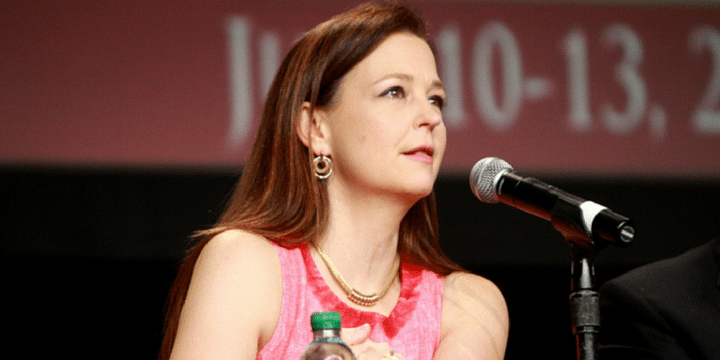 This week, the House of Representatives met over an issue that has vexed Congress for too long: illegal immigration. For too long, Democrats and many Republicans have turned a blind eye to the fact that illegal immigrants broke the laws of our country to skip in line ahead of people who have enough respect for the United States to follow our immigration laws. Now, some Republicans are pushing again for amnesty – which undermines our system of laws.

As House Republicans prepare to meet Thursday to discuss various options on immigration reform, they should remember one of the things that makes America such an attractive place for immigrants from all over the world, which is our dedication to the rule of law, and the shared commitment to the belief that what makes the rule of law work is our determination to apply the law equally, without fear or favor.

Seen in that light, it is odd, to say the least, that some Republicans in Congress would “solve” the “immigration problem” by advocating for “solutions” that take our current failure to enforce the laws on the books and, instead of reversing course and enforcing them, find ways to change the law to legalize breaking of the law.

First, either we are a society where the rule of law matters, or we are not. Members of Congress and their staffs do not live under ObamaCare as it was written and enacted, yet they refuse to repeal it or give us the same exemption they get.

President Clinton lied under oath and was given a slap on the wrist, while Martha Stewart lied to federal investigators and went to jail. Many immigrants waited in line and came to this country lawfully and paid thousands of dollars to attorneys to stay here legally, while others entered illegally or overstayed their visas with little to no negative consequences.

Are we truly a country where laws are written and enacted, and then all are equal under that law, or are we a country where your position and status give you special license to break the law?

Second, Americans do not trust most of the people in the Washington swamp to keep their promises. Beltway politicians all too often promise to do what we want later, in exchange for what they want now. They spend today and save tomorrow. “Give us the majority, and we will repeal ObamaCare. Grant amnesty today, and we will secure the border in the future” is what they tell us.

The future comes, and their promises go out the window. We simply do not trust that they will eventually secure the border, enforce the current immigration law, or build a wall. While amnesty is a bad idea that never seems to go out of style with some politicians in the Washington swamp, these politicians should step back and consider the legacy they wish to leave from their time in Congress.

Instead of granting amnesty now and promising some future enforcement of the law, our representatives should try reversing that order by securing the border, enforcing the current immigration law, and building a wall now. Then, after proving they can keep their promises and be trusted, they can ask us to give them what they want in the future.

We continue to support the American Dream – the ability to come to this country, work hard, raise a family and fulfill your dreams and prosper – as long as you respect our country enough to follow our laws. The notion that Washington should make subjective decisions of when to enforce our immigration laws and when to set them aside does not uphold the founding principle of the rule of law!