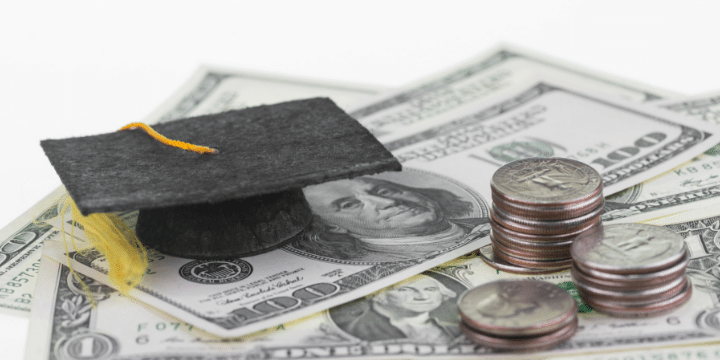 The Trump Administration and Education Secretary Betsy DeVos are working to reverse Obama-era regulations of higher education, specifically regulations created to put private colleges and universities out of business. These leftover regulations from the Obama Administration not only increased education costs but also allowed many students to walk away from their tuition debt, leaving the bill with the taxpayers.

Regulations implemented under President Obama and advocated by education elitists increased education costs and decreased options for career-focused higher education. The “Gainful Employment” rule tops the list of bad regulations that should end.

Gainful Employment arbitrarily defines how much debt a student can incur based on a chosen degree. If a student graduates with a degree in culinary arts or cosmetology — fields that don’t usually offer high starting salaries — the government can pursue legal action against the college after three years. Moreover, the graduate must earn what the government defines as a “sufficient salary.”

The government can also force the school to eliminate that degree program. It’s slightly impractical to allow government bureaucrats the authority to decide how much people in the private sector should earn.

The myopic Gainful Employment rule fails to consider the varying cost of living expenses and average salaries in different regions of the county. A sous chef working in New York City or Los Angeles can expect to make a more lucrative salary than a chef living in a rural area. The same would apply to a manicurist or a nurse. Inflexible government regulations ignore the realities of living expenses and salaries for specific occupations in large cities vs. small towns.

Another troubling regulation concerns “State Authorization” which forces colleges offering online courses to obtain an operating license in every state where their students reside. Distance learning is an affordable, practical, and popular vehicle through which many students and professionals obtain career-oriented, undergraduate, and graduate degrees.

Businesses engaged in e-commerce nationwide are not forced to comply with unrealistic licensing demands. Most states don’t have the ability or resources to monitor such licensees. Clearly, this regulation was designed to attack a private college’s ability to offer online courses with the goal of shutting them down.

There is no reason to force private colleges and universities to comply with such rules unless the goal is to force them out of business. This appears to be the intent of the education elites in this country.

The trial lawyers are especially interested in another regulation called the “Borrower Defense to Repayment” rule. This rule allows college students to demand a tuition refund or walk away from their student loans if they believe they have been misled or defrauded by their institution’s advertising.

The floodgates of potential lawsuits were already beginning to open when the Education Department stalled the implementation of this rule. Trial lawyers were preparing to sue colleges on behalf of students who wanted to immediately absolve their school loan debt and hand the bill to taxpayers.

These regulations are an example of the former administration’s government overreach into how private learning institutions should operate. The Obama Administration implemented regulations that tried to eliminate education choice, cut employment, shut down businesses, and contribute to a debt that taxpayers are left to pay off. The Trump Administration has been proactive on the issues at hand to completely derail these needless regulations and fully reform education where it doesn’t negatively affect jobs, business, and force taxpayers to pay a pretty penny.