How Much Does Impeachment Matter for 2020? 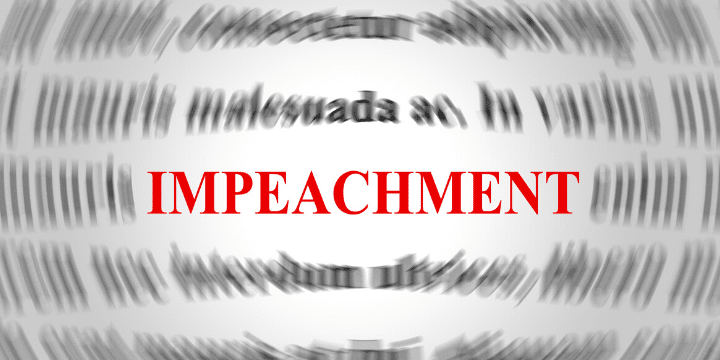 House Democrats are gearing up for an impeachment vote this week and they’re hoping “something” will stick before the 2020 election. With the impeachment hysteria happening, what does all of this mean for 2020?

Victor Davis Hanson from the National Review broke down how important polling is during all of this impeachment hysteria:

Polls matter. When the media and Democrats started impeachment stories and investigations, Nixon’s favorability was near 70 percent, after his landslide reelection and second inaugural. After twelve months of Watergate, he ended 1973 at about 30 percent approval. When he left office in August 1973 before impeachment, his approval was at about 24 percent.

Clinton, in contrast, enjoyed about 70 percent favorability when impeachment started and he went down only about 10 points — before rebounding and leaving office impeached but quite popular at 65 percent approval. The therapeutic Clinton lived in a pre-Internet age, and “I feel your pain” still resonated.

Three years’ worth of talk of Trump impeachment waxes and wanes. His polls accordingly slide to the low forties when “bombshells” and “turning point” frenzies flood the media, and then they inch back up to the middle forties when the bombast passes.