Democrats Orchestrate Another Anti-Trump Campaign Ahead of 2020 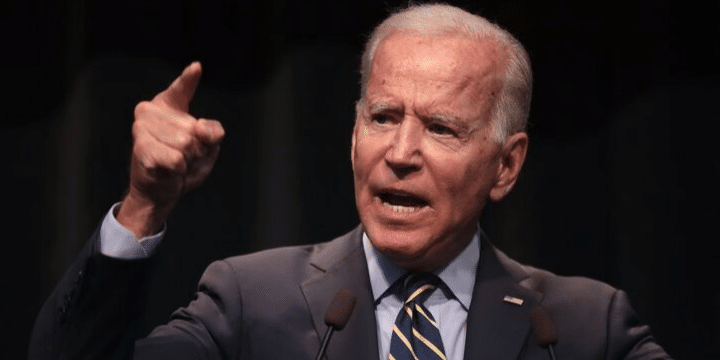 Once again, Democrats are calling for President Trump’s impeachment and once again, it’s all just mass hysteria. This is all a political scheme orchestrated by the Democrats and mainstream media to choke out the 2020 competition. President Trump released the transcript of his phone call with Ukraine’s leader revealing that there wasn’t evidence of election interference or obstruction. It was a call built up to epic proportions.

“Let’s face it – this is all political. This has nothing at all to do with national security,” Jenny Beth Martin said in a statement following Nancy Pelosi’s decision to open up an impeachment inquiry. “If it did, we would have expected to hear these screams from Democrats on Capitol Hill years ago, when then-Vice President Joe Biden was leveraging U.S. aid to Ukraine to engineer the ouster of a Ukrainian prosecutor who was investigating a company on whose board his son sat. Oddly, I don’t recall hearing a peep from them at the time. Democrats who push to impeach the president on the basis of no evidence at all will only have themselves to blame when next year’s election results come in.”

Democrats and the mainstream media are intentionally misleading the public about the circumstances surrounding the call:

The media initially hyped their latest faux scandal by claiming a deeply connected “whistleblower” listened to a phone call between Trump and the head of Ukraine’s government, in which Trump allegedly threatened to withhold money if the Eastern European nation failed to investigate allegations of corruption by Hunter Biden. Then it morphed into the source reading a transcript or readout of the phone call. And eventually it was buried in the 22nd paragraph of a breathless CNN story that the alleged “whistleblower” hadn’t in fact directly read or seen or heard anything he or she was allegedly blowing the whistle on

On Sunday, Trump did admit that he raised the topic of Biden and his son Hunter with the Ukrainian president within the context of needing to root out corruption in Ukraine, which raises all sorts of questions Democrats and their media allies would desperately like to avoid, such as: did Hunter Biden have sketchy business dealings in Ukraine? Did he benefit financially from those arrangements? Were any Ukrainian companies he worked for being investigated? Did his father, as the vice president of the United States, personally intervene to shut down Ukrainian officials who were investigating Hunter Biden’s Ukrainian business arrangements?

Just like the Russian collusion “conspiracy” involving Hillary Clinton, the Ukraine corruption scandal regarding Joe Biden will be swept under the rug. Meanwhile, Democrats will continue to recite their baseless arguments against President Trump. Too bad for them, he’s not going anywhere, and he’ll be here for another four years after all of this is over.