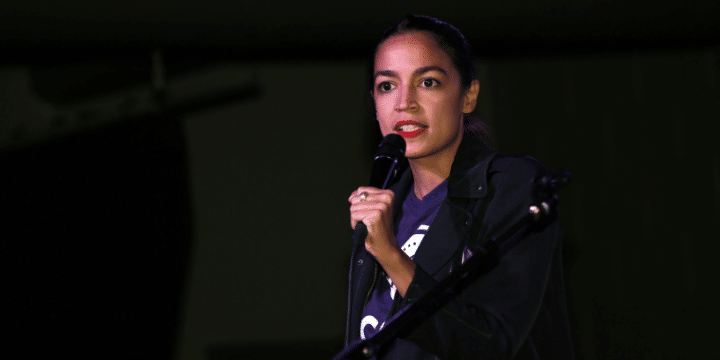 Explosives were delivered to several Democratic key players like Hillary Clinton, George Soros, Barrack Obama, Joe Biden and others. Thankfully, the explosives didn’t detonate and no one was hurt, but it didn’t take long for the blame game to begin. A suspect has not been identified but Democratic Socialist congressional candidate Alexandria Ocasio-Cortez is already blaming “the Right” and those who criticize mob rule from the Left.

Ocasio-Cortez sent out a tweet defending Leftist activists and calling the actions of the Right as true violence.

When the right increasingly mischaracterizes nonviolent civil disobedience as “violence,” they provoke actual, targeted attempts to harm others.

After relentless GOP conspiracy theorizing, someone attempted to bomb a man who survived Nazi occupation today.https://t.co/bv0NBjChr6

Tea Party Patriots Citizens Fund Chairman Jenny Beth Martin released a statement condemning the violence of any kind against any political leader and news media regardless of political standings.

“Violence and the threat of violence have no place in American politics. We are proud to live in a country whose founding documents recognize our rights to peaceful protest and to speak our minds freely. It is precisely because of those rights that we live in a country where our political differences are settled with ballots and not bullets. Because we believe in exercising our rights peacefully, we condemn in the strongest possible language those who have chosen to send explosive devices to the homes and offices of political leaders and news media. We urge the appropriate law enforcement authorities to conduct thorough and swift investigations to determine who is responsible for these actions, and we urge they be held accountable to the fullest extent of the law.”

Ocasio-Cortez’s accusations against the Right are not only false but they should be directed at those who are personally responsible. Whomever is responsible for these malicious attacks, TPPCF hopes that they are brought to justice. The only weapon that should be used ahead of the midterms is our casted ballots.