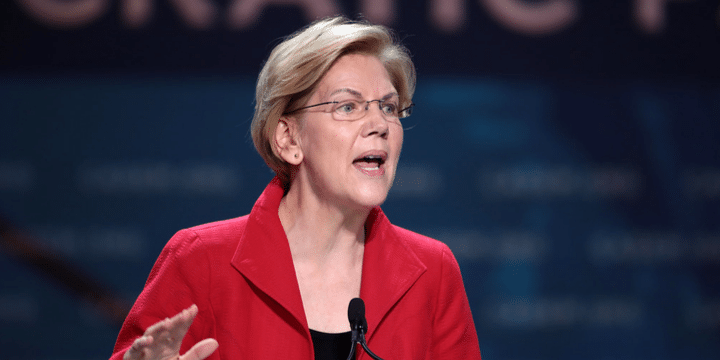 If you watched the Democratic debate this week, then you probably had a few chuckles, a few eye-rolls, or just dozed off near the very end. We can agree that these debates are a waste of time, but, interestingly enough, tides have changed for some of the candidates this time around. It seems Elizabeth Warren is now the party’s frontrunner, which means that the original frontrunner, Joe Biden, is toast, and President Trump has an even better chance of winning with Elizabeth Warren taking the nomination.

“The big loser… was Joe Biden,” she said. “It was incredibly telling that all of the fire that was taken on stage was by Elizabeth Warren, and not Joe Biden — indicating that even Democrats on that stage know that Biden is finished and that Warren is the new frontrunner.”

Sanders claimed Warren’s ascension is a net positive for Trump and said her new position as frontrunner will rebrand her as the face of the party, to the detriment of other Democrats.

“She is the new face of the Democrat party,” Sanders said. “That is a great contrast for this president. And I think it sets him up very nicely for re-election in November.”

Sanders also said the questioning at Tuesday’s primary debate was “pathetic” and slanted, in an effort to drag down Trump and exonerate Biden.

With Warren now the frontrunner, can we expect networks to press her more on her policies for the next few debates? Media “experts” don’t believe journalists should press Warren on whether or not she would raise middle-class taxes to pay for her Medicare-for-All plan among other expensive entitlements. The way that CNN and New York Times played favorites and evaded more specific questions on Warren’s policies just shows how little credibility the liberal media has these days.