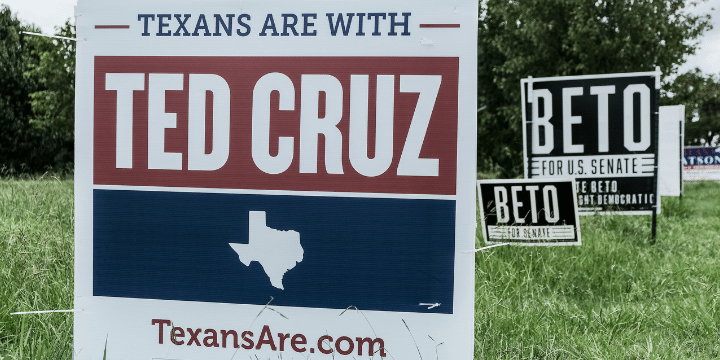 Beto O’Rourke faced off against incumbent Ted Cruz in a race for his Texas Senate seat, in a race that ended up being the most expensive race in American history. With all of the polls saying he would lose, O’Rourke still managed to raise $69 million in his race and spent about $59 million. Cruz had raised $40 million and spent about $33.8 million. Tea Party Patriots Citizens Fund endorsed Cruz, who was able to hold onto a 3.3-point-lead to defeat O’Rourke.

His defeat will no doubt come as a terrible blow to all the hard-hitting news reporters who dedicated thousands of words to detailing how much he loves driving and practicing his Spanish. But they shouldn’t think of it as a loss! They should think of the “Kennedyesque” candidate’s failure to unseat Cruz as an uplifting reminder that money can’t buy elections.

Going forward, the real fun will be watching O’Rourke supporters convince themselves that his defeat is really a moral and incremental victory. Just you wait and see. There’ll be no shortage soon of news articles spinning what the polls called from the get-go as a good thing for the Democrats.

The Texas Observer went with something similar, which read, “ Win or Lose, Beto O’Rourke Has Provided a Blueprint for Texas Democrats.”

“Beto O’Rourke could lead a blue wave in Texas — even if he loses his Senate race,” said a Vox headline.

Well, no. That’s not how “losing” works.

Anyway, I’m sure the other Democrats who lost Tuesday evening are positively thrilled that roughly $70 million was siphoned by a race they all knew was doomed to fail. Also, and I may be getting ahead of myself here, but I don’t think that sinking millions of dollars into doomed political campaigns is the wisest and most efficient path towards changing electoral maps. Just ask Wendy Davis or Jon Ossoff.

One thing O’Rourke and his supporters can learn from this defeat is that money can’t buy an election. It’s a lesson that Democrats should remember in 2020 and also remember that many voters didn’t want another radical liberal in the Senate.