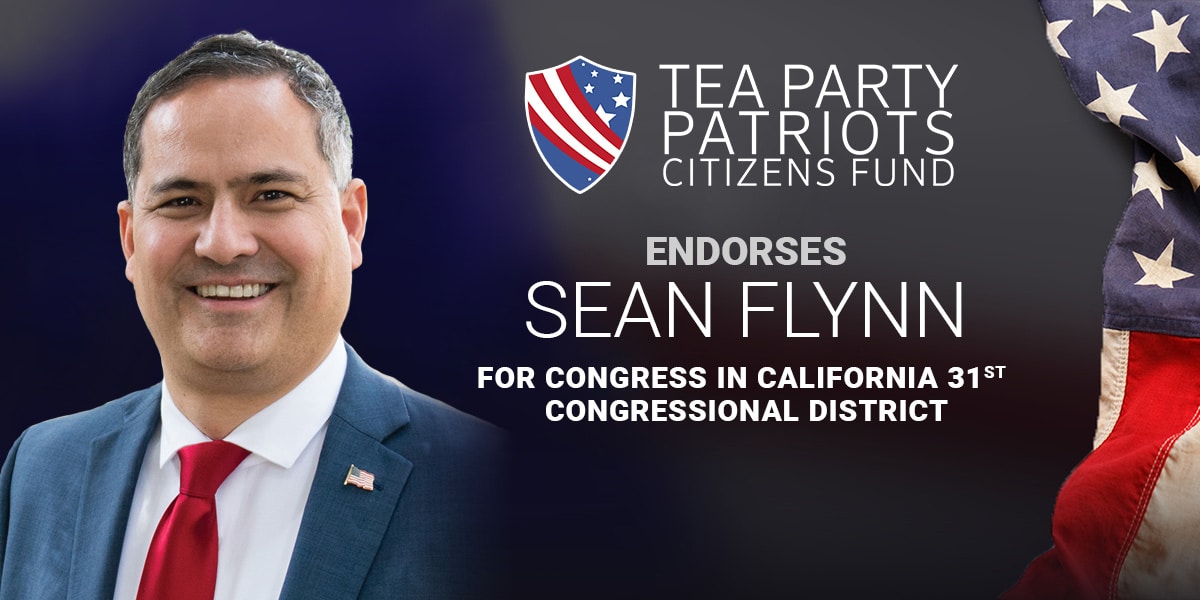 “Conservatives in California’s 31st congressional district have a clear choice in the contest for the Congress – Sean Flynn.

“Sean is an educator and an entrepreneur – the author of Economics for Dummies and the co-author of the best-selling economics textbook in the world – and he understands the federal government cannot continue to spend money it does not have. He supports lower taxes and less government, and believes that empowering individuals and small businesses will be the key to economic growth in San Bernardino County and across the country.

“Consequently, on behalf of Tea Party Patriots Citizens Fund, I am pleased to endorse Sean Flynn for Congress in California’s 31st congressional district, and I urge all voters in the district to make a plan to be a voter for him in the November general election.”