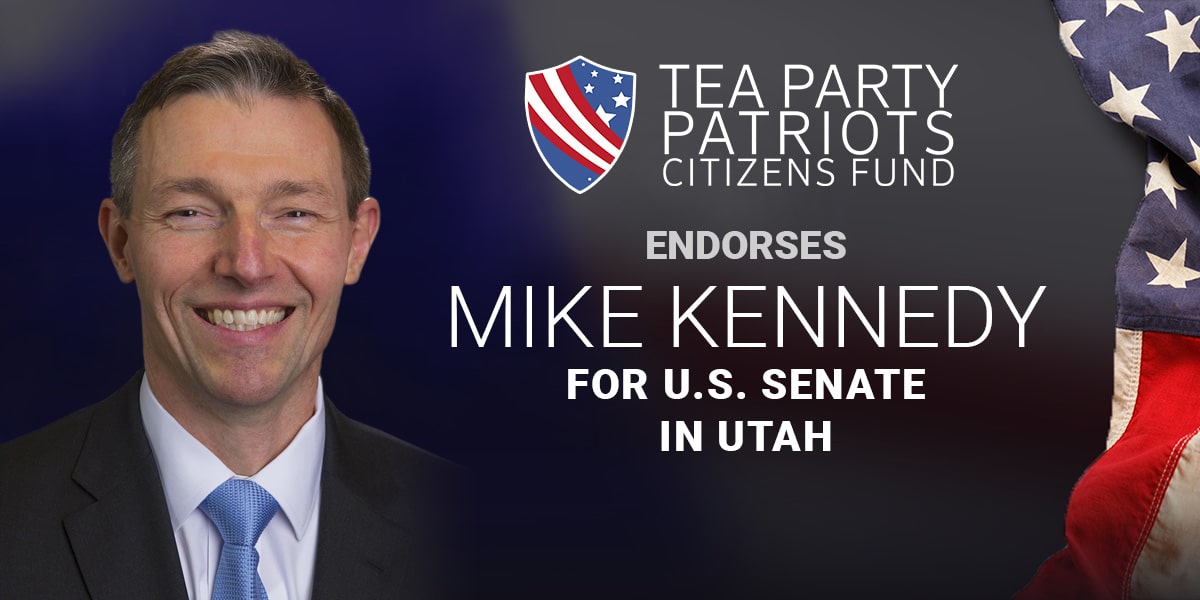 “For conservatives in Utah, the choice in the contest for the GOP nomination for the U.S. Senate is clear – Mike Kennedy is the right man for the job.

“Mike understands the grave threat posed to our nation by our out-of-control national debt, and Congress’ refusal to curb its addiction to excessive spending. He supports the Penny Plan – a budget framework that spends just one penny less of every federal dollar spent the previous year as a means to balancing the budget in five years – and he also supports a Balanced Budget Amendment coupled with a spending limitation provision.

“Mike supports term limits for Members of Congress, and wants to repeal both ObamaCare, and Congress’ illegal special exemption from ObamaCare. He’s a strong defender of the 2nd Amendment, and opposes Common Core.

“As the son of a Canadian immigrant, Mike is particularly sensitive on the question of immigration. He believes we need to build a wall and secure the border, and then fix our legal immigration system.

“And Mike is a strong supporter of President Trump and President Trump’s agenda – something his opponent cannot say. It’s no surprise our members and supporters in Utah overwhelmingly support Mike’s bid for the U.S. Senate.

“Consequently, on behalf of Tea Party Patriots Citizens Fund, I am pleased to endorse Mike Kennedy for the Republican nomination for the U.S. Senate, and I urge all voters in Utah to make a plan to be a voter for him in the June 26 GOP primary and in the November general election.”