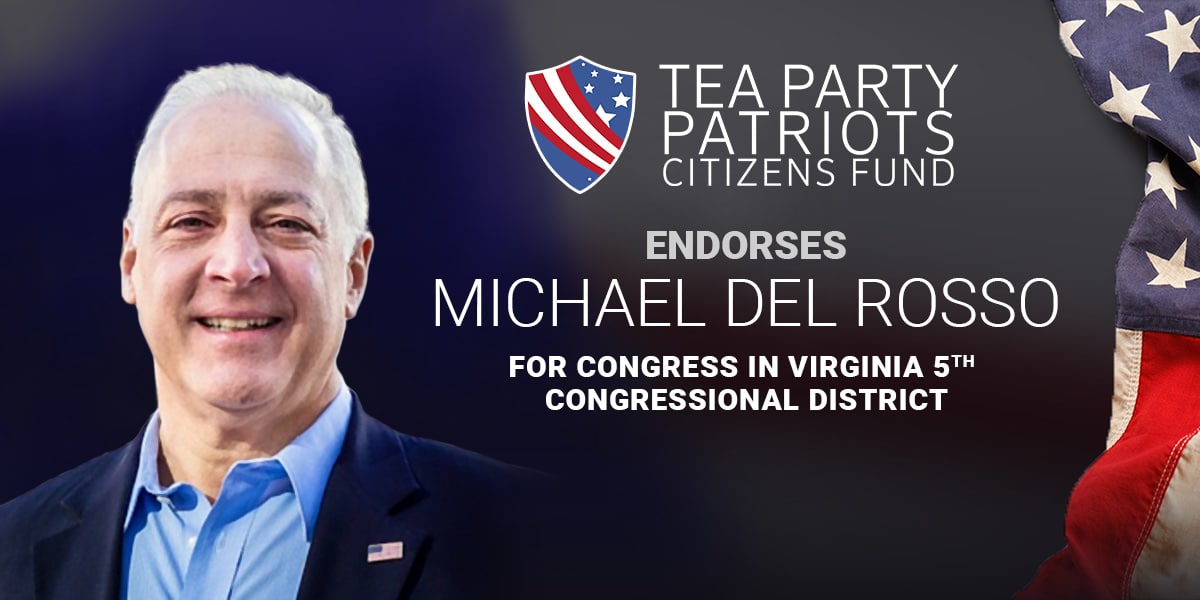 “Tea Party Patriots Citizens Fund endorsed Michael for the open seat two years ago. We have continued to follow his work, and we believe he is hands-down the best candidate to hold this seat in what promises to be a bellwether race against Democrat nominee Leslie Cockburn – a contest that Nancy Pelosi and the national Democratic Party will try to turn into a referendum against President Trump.

“Here’s what we said about Michael two years ago:

“Michael Del Rosso is a true national security expert, a leader who understands as few do the true nature and depth of the threat facing America in the 21st century. As important, he has a deep understanding of and love for the constitutional principles of limited government and individual liberty that have set America apart for more than two centuries, and a determination to fight to protect and expand personal and economic freedom, and return us to a debt-free future.

“Obamacare? Repeal it. Amnesty for illegal immigrants? No way, ever. Fundamental tax reform to lower taxes and make them fairer and flatter, to generate new jobs?Yes, please. The Penny Plan, to balance the budget in five years or less? I’ll take that. Common Core? End it. Repeal Congress’ special exemption from Obamacare? Absolutely. On issue after issue, across the board, Michael’s position is the same as the positions taken by our grassroots activists.”

“Since then, the only thing that has changed is that the stakes have become higher.

“Consequently, on behalf of Tea Party Patriots Citizens Fund, I am pleased to endorse Michael Del Rosso for Congress, and I urge the members of Virginia’s 5th Congressional District Republican Committee to nominate him today, and work for his victory in the November general election.”