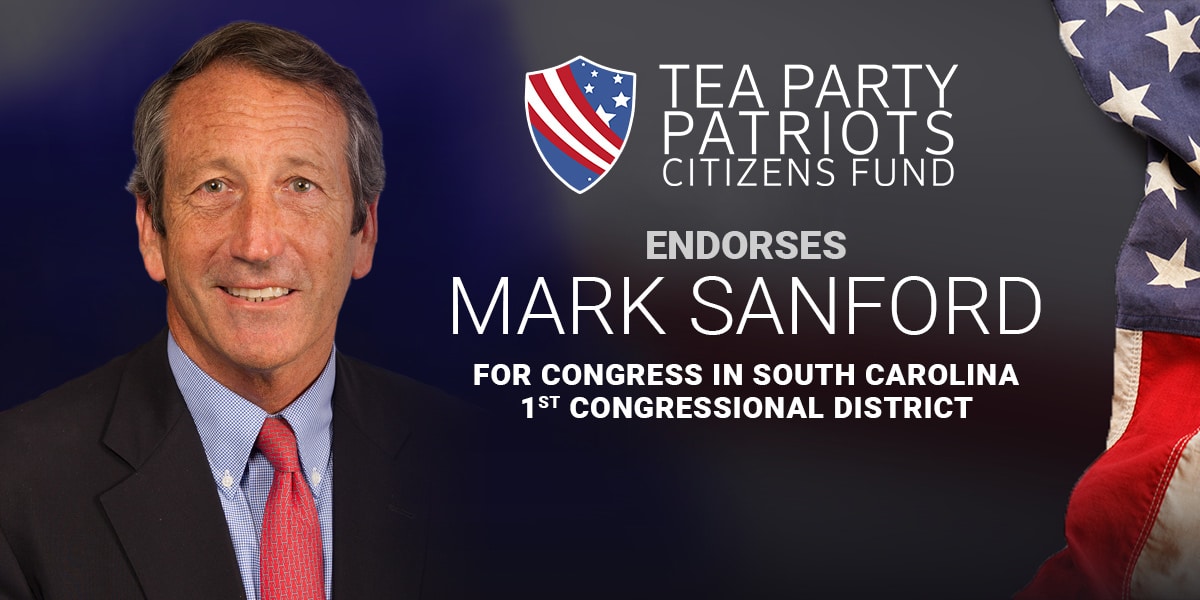 “Mark has been a strong constitutional conservative ever since he first came to Congress. He is determined to stop spending money we don’t have, and has worked to reduce the size and scope of government. He supports reducing taxes to leave more money in the hands of those who earn it, and to spur the economic growth necessary to create better and better-paying jobs.

“Most importantly, he’s been endorsed by our grassroots supporters in South Carolina’s 1st congressional district.

“Consequently, on behalf of Tea Party Patriots Citizens Fund, I am pleased to endorse Mark Sanford for Congress, and I urge all voters in South Carolina’s 1st congressional district to make a plan to be a voter for him in the June 12 primary and the November general election.”