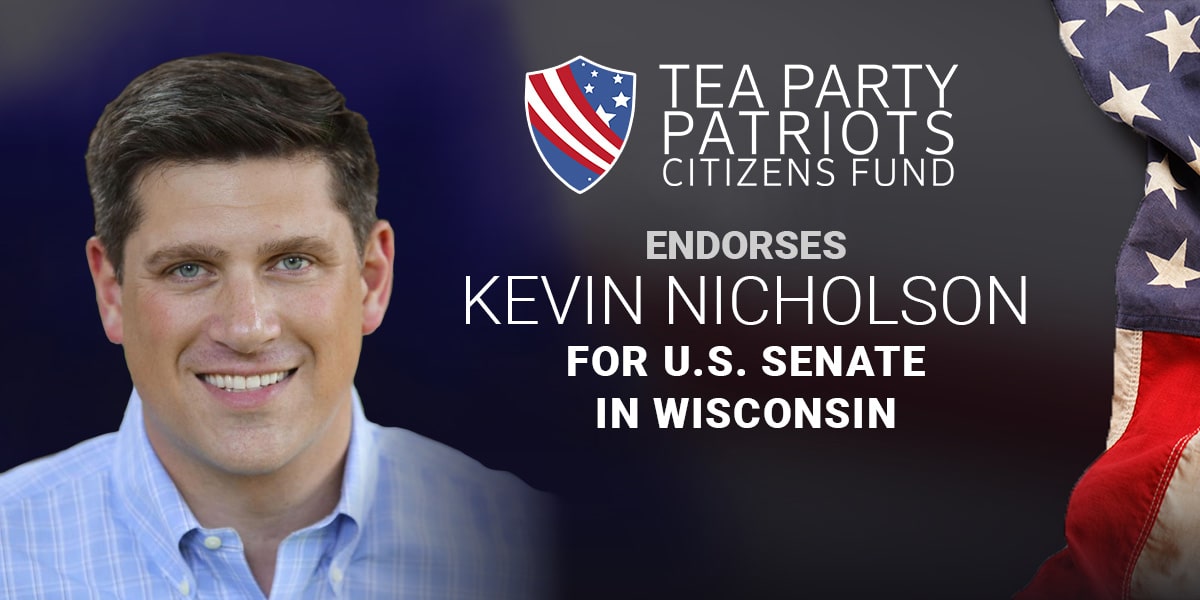 “In Wisconsin, the choice for conservatives is clear – Kevin Nicholson for United States Senate.

“Kevin is a solid constitutional conservative. He supports term limits for Members of Congress; a solid Balanced Budget Amendment with a spending limitation provision; building a border wall and ending chain migration; repeal of ObamaCare and ObamaCare’s special exemption for Members of Congress and their staffs; and the Penny Plan (reducing federal spending by just one penny for every dollar spent, which would lead to a balanced budget in five years). He understands that reducing the size and scope of government is a necessary condition for economic growth, and is determined to fight to return our government to its core constitutional principles.

“Kevin has thought long and hard about how to fix Washington, and he has a plan to make that happen. He will not go to the Swamp just to be another go-along-to-get-along senator. He wants to go to Washington to make a difference, not a career.

“Consequently, on behalf of Tea Party Patriots Citizens Fund, I am pleased to endorse Kevin Nicholson for U.S. Senate, and I urge all Wisconsin voters to make a plan to be a voter for him in the August 14 primary election and the November general election.”