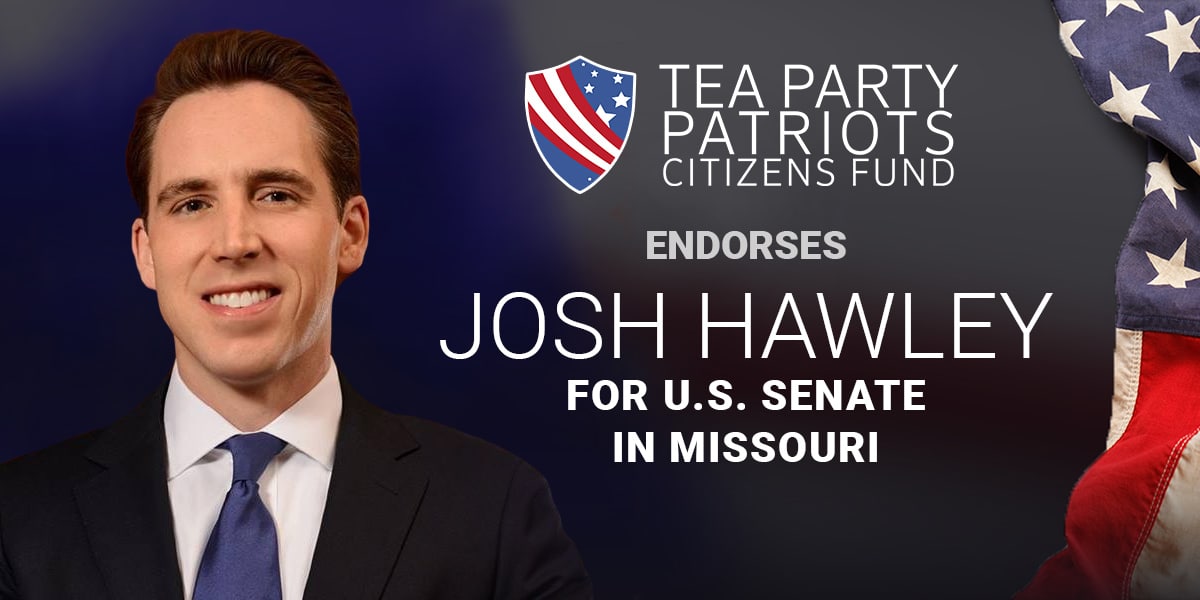 “In the contest for the U.S. Senate seat currently occupied by Claire McCaskill, Missouri conservatives have a strong constitutional conservative running – Josh Hawley.

“Josh has already demonstrated his determination to stand up for the best interests of all Missourians. His work in the Attorney General’s office has made that clear.

“In the U.S. Senate, Josh will work to repeal ObamaCare and overturn Congress’ illegal special exemption from that odious law. He supports a Balanced Budget Amendment to the Constitution, and the Penny Plan – a budget framework that spends just one penny less of every federal dollar spent the previous year as a means to balancing the budget in five years. He wants to go further with tax reform, to a personal income tax construct that is even flatter and simpler. He opposes Common Core, and would seek to break the link between federal funding and imposition of Common Core standards. He opposes amnesty for illegal immigrants, wants to build the wall, will work to end chain migration and the visa lottery, opposes sanctuary cities, and believes in the rule of law.

“Perhaps more importantly, Josh understands the vital role played by the U.S. Senate in confirming judicial nominees. Unlike the current incumbent, Josh will work with the Trump Administration to select and confirm well qualified conservatives to the federal bench.

“Consequently, on behalf of Tea Party Patriots Citizens Fund, I am pleased to endorse Josh Hawley for U.S. Senate, and I urge all voters in Missouri to make a plan to be a voter for him in the August 7 GOP primary and the November general election.”