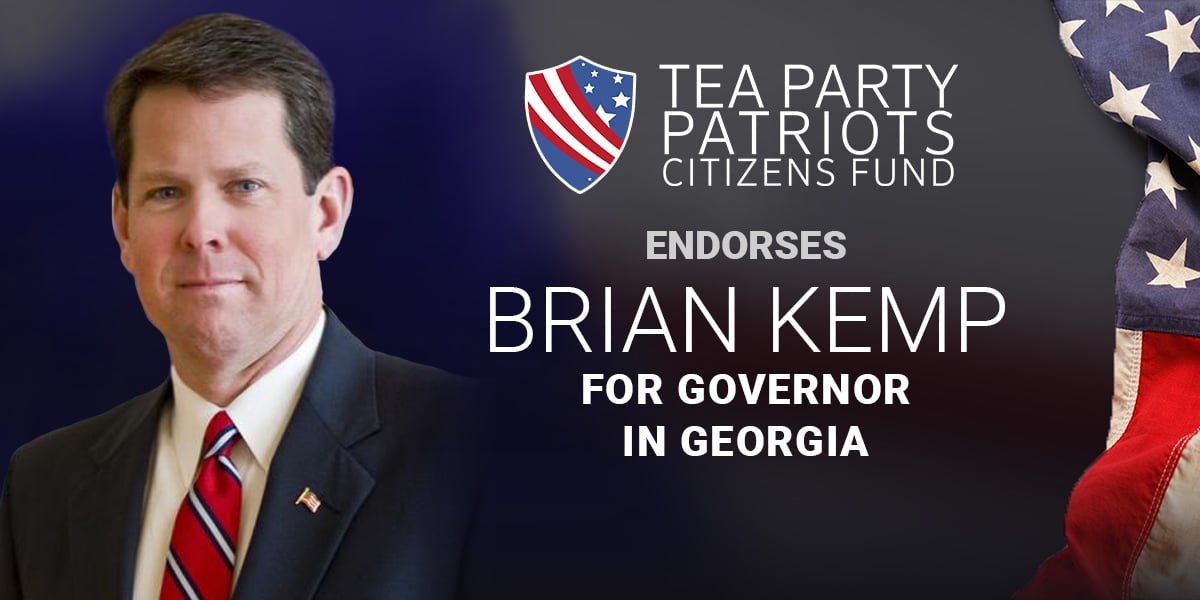 “Georgia conservatives have an easy choice to make in the contest for Governor – Brian Kemp.

“President Trump endorsed Brian for Governor because he knows he can count on Brian to be a strong partner at the state level.

“Consequently, on behalf of Tea Party Patriots Citizens Fund, I am pleased to endorse Brian Kemp for Governor in Georgia, and I urge all voters in the Peach State to make a plan to be a voter for him in the November general election.”