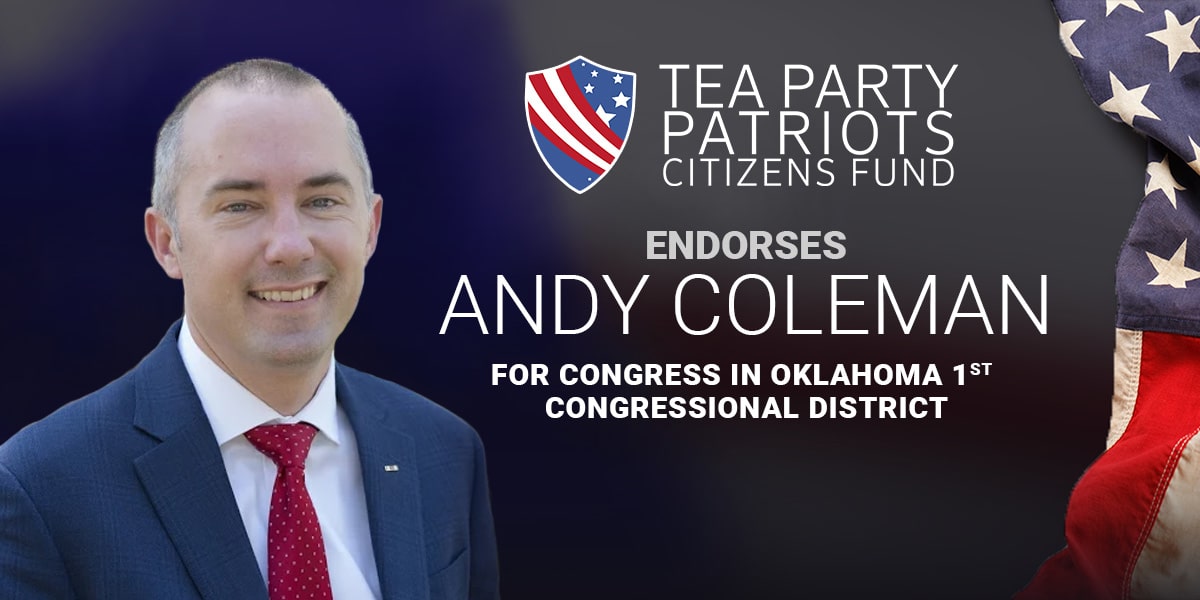 “For conservatives in Oklahoma’s 1st congressional district, the choice is clear – Andy Coleman for Congress.

“As a graduate of the Air Force Academy and a veteran of the Iraq war, Andy has already served his nation. Now he offers his service in another important endeavor, as a Member of Congress committed to defending our Constitution and our liberties.

“Andy supports a Balanced Budget Amendment with a spending limitation provision, and also supports the Penny Plan – a budget framework that spends just one penny less of every federal dollar spent the previous year as a means to balancing the budget in five years. As important, he has signed the Americans for Tax Reform Taxpayer Protection Pledge, vowing to oppose net tax increases.

“When it comes to dealing with our current illegal immigration crisis, Andy is a strong believer in the rule of law. He opposes amnesty and wants to secure the border, supports President Trump’s desire to build a wall, and wants to end sanctuary cities, the visa lottery, and chain migration.

“Consequently, on behalf of Tea Party Patriots Citizens Fund, I am pleased to endorse Andy Coleman for Congress, and I urge all voters in Oklahoma’s 1st congressional district to make a plan to be a voter for him in the June 26 GOP primary and in the November general election.”