Bad deal from the start: Obama administration lied to the American people about the Iran Deal 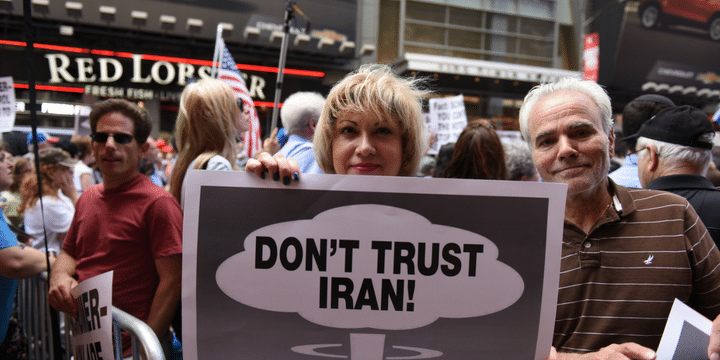 An investigation by Senate Republicans shows that the Obama administration had misled and lied to the American people about the original intentions of the Iran Nuclear Deal. The investigation found that the Obama administration secretly tried to give Iran access to the U.S. financial system by sidestepping sanctions kept in place after the 2015 nuclear deal.

The Associated Press has the story:

An investigation by Senate Republicans released Wednesday sheds light on the delicate balance the Obama administration sought to strike after the deal, as it worked to ensure Iran received its promised benefits without playing into the hands of the deal’s opponents. Amid a tense political climate, Iran hawks in the U.S., Israel and elsewhere argued that the United States was giving far too much to Tehran and that the windfall would be used to fund extremism and other troubling Iranian activity.

The report by the Senate Permanent Subcommittee on Investigations revealed that under President Barack Obama, the Treasury Department issued a license in February 2016, never previously disclosed, that would have allowed Iran to convert $5.7 billion it held at a bank in Oman from Omani rials into euros by exchanging them first into U.S. dollars. If the Omani bank had allowed the exchange without such a license, it would have violated sanctions that bar Iran from transactions that touch the U.S. financial system.

The effort was unsuccessful because American banks — themselves afraid of running afoul of U.S. sanctions — declined to participate. The Obama administration approached two U.S. banks to facilitate the conversion, the report said, but both refused, citing the reputational risk of doing business with or for Iran.

“The Obama administration misled the American people and Congress because they were desperate to get a deal with Iran,” said Sen. Rob Portman, R-Ohio, the subcommittee’s chairman.

Issuing the license was not illegal. Still, it went above and beyond what the Obama administration was required to do under the terms of the nuclear agreement. Under that deal, the U.S. and world powers gave Iran billions of dollars in sanctions relief in exchange for curbing its nuclear program. Last month, President Donald Trump declared the U.S. was pulling out of what he described as a “disastrous deal.”

The former Obama administration forced us into a disastrous and dangerous deal with a nation that didn’t honor the terms and continued to threaten our ally, Israel. President Trump’s decision to pull America out of the deal was an “America First” decision — a type of concept that former President Obama couldn’t comprehend.