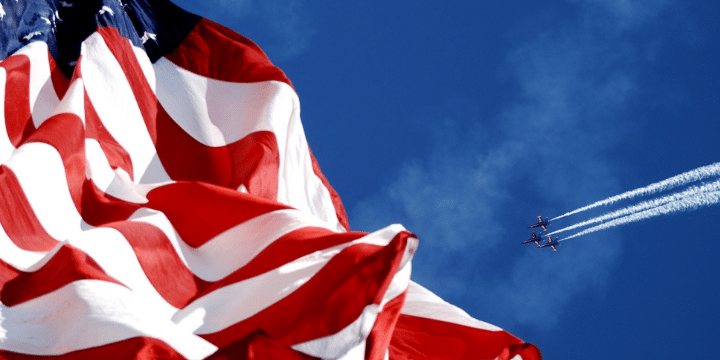 On a day when we celebrate the adoption of the American Flag, let’s remember why we should show a little respect to Old Glory.

Flag Day commemorates the adoption of the flag of the United States of America on June 14, 1777. Declared a day of observance by President Woodrow Wilson on June 14, 1916, President Harry Truman did not give Flag Day its official holiday designation until June 14, 1949.

As to the design of the American flag, the 13 stripes on the flag signify the original 13 colonies. The white stripes represent purity and innocence and while the red stripes are for hardiness and valor. Each star, totaling 50, represents a state of the United States of America.

We celebrate this day by displaying the American flag at our homes, schools and governmental offices. There is certain etiquette regarding the display of the flag, including:

-Display the flag between sunrise and sunset.

-The flag may be displayed for 24 hours if illuminated at night.

-Only fly the flag during suitable weather.

-Do not let the flag touch the ground.

-Raise and lower the flag respectfully

Showing your respect for our flag is showing respect for the men and women who fought and sacrificed so much. Let us be thankful for their bravery and be grateful that we have freedom under one unified nation with stars and stripes, red, white and blue.